MAREEBA
The town is 417 metres (1,368 ft) above sea level on the confluence of the Barron River, Granite Creek and Emerald Creek. 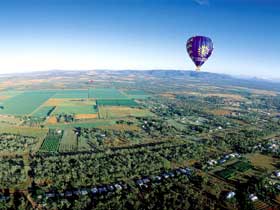 The town's name is derived from an Aboriginal word. In the local Aboriginal language, Mareeba means meeting of the waters - referring to the point at which the Barron River is joined by Granite Creek. Prior to European settlement, the area around Mareeba was inhabited by the Muluridji people. They maintained a hunter/gatherer existence in the area between Mount Carbine, Mareeba, Rumula and Woodville, mainly concentrated between Bibhoora and Mount Molloy.


The Muluridji people roamed the area that is now known as Mareeba town. The area is home to many other Aboriginal people, including the Yirrganydji people, the Kuku Yalanji people, the Djungan people, the Bar-Barrum people, and the Walkamin people. The Mareeba area currently has a large indigenous population, as well as a host of other nationalities.


Mareeba is a busy commercial centre that services Cape York and the Gulf of Carpentaria. It is known for its horticulture industries. Numerous crops are grown throughout the Mareeba area, including avocados, mangoes, lychees, longans, sugar cane, cashews, macadamias, pineapples, tea tree, coffee, and a variety of vegetables and tropical fruits. Poultry and cattle are also common.

Mareeba on average has 300 Sunny Days per year with two distinct seasons:

Mareeba is considered the 'Gateway to the Gulf' and the headwaters of the mighty Mitchell River which winds its way westwards towards the gulf.  An area of rugged topography, its geology includes:

Vegetation ranges from World Heritage rainforest to the east, to dry savannah woodlands in the west. To the north lies the Hann Tableland National Park, home to towering kauri and hoop pines that have remained untouched for thousands of years. Rich gallery forests flank the park's major watercourses. 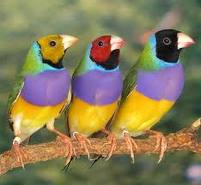 One of Australia's premium conservation and wildlife reserves, is situated 22km from the town. The Reserve, known locally as the Mareeba Wetlands, protects over 5000 acres of savannas and wetlands, providing a sanctuary for much of tropical Australia's savanna and wetland flora and fauna, and cultural heritage.


The Mareeba Tropical Savanna and Wetland Reserve is a unique community conservation project combining valuable conservation work with environmental education and nature based tourism. With the assistance of volunteers it is run by a not-for-profit environmental organisation, the Wildlife Conservancy of Tropical Queensland, and all income realised from sustainable tourism is reinvested into managing the wetlands as well as valuable wetlands and savanna research work, education and conservation programmes such as the critical Gouldian Finch re-introduction programme.

Mareeba Hospital is in the Tablelands Health District. It provides 52 beds, with surgical, maternity, paediatric, outpatient, emergency and x-ray facilities.

Both the Mareeba Karting Club and the Far North Queensland Motorcycle club hold monthly race meetings at the Makotrac International Racetrack which is located five kilometres from Mareeba.

Rodeo:The Mareeba Rodeo takes place over a weekend each July. The first rodeo was held 1949 at Davies Park (which is now the home ground of the Gladiators Rugby League team). On the Friday night, there is a parade through the town, and the Rodeo Princess is crowned (the first Princess was crowned in 1959). Over the rest of the weekend the rodeo proper is held at Kerribee Park. A ute muster is often staged over the same weekend as the rodeo.

Radio: Mareeba is serviced by the following radio stations: